Fahe’s current leadership consists of President Jim King and the Executive Team of Sara Morgan, Tom Carew, and Pam Johnson.  Under their leadership, Fahe has advanced from an outstanding membership organization dedicated to improving Appalachian life through affordable housing to an exceptional leader in community development, innovative job growth, and wealth creation, all while staying true to Fahe’s original mission.    Thanks to their dedication and vision, Fahe has remained a healthy and sustainable entity that continues to faithfully serve the people of Appalachia. 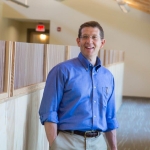 Under his leadership, Fahe has more than doubled its Membership to 50+ Members in six states, quadrupled annual housing production, and greatly increased funds under management. Additionally, Mr. King has led Fahe in expanding its strategic scope to embrace education, health, and economic opportunity, in addition to housing and leadership. He has established Fahe’s reputation as a national authority on Appalachia, rural issues, and persistent poverty.

Mr. King is a 2006 Alumni of the Harvard University’s John F. Kennedy School of Government’s Achieving Excellence program, and 2014 Alumni of the Harvard Business School’s three year Owner/President Management (OPM) program. He holds an MBA Degree in Economic Development from Eastern College in Pennsylvania, and a BA Degree in Economics and Accounting from Bluffton College, Ohio. Mr. King serves on many national boards of directors—examples of current or recent board service include: the Opportunity Finance Network, National NeighborWorks Association, NeighborWorks Rural Steering Committee, Fannie Mae Advisory Board, and the National Rural Housing Coalition. 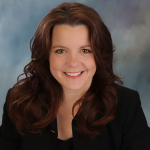 As Chief Operations Officer for Fahe, Sara Morgan brings over twenty years of experience working in the community development field, including fourteen years at Fahe. She raises and deploys over $67M annually, overseeing all lending operations.

Ms. Morgan’s expertise was key to the launch and ongoing success of Fahe’s first Low Income Housing Equity Fund (HEF) which to date has raised and placed $41.25 million. Additionally, Ms. Morgan has overseen the launch and growth of Fahe’s mortgage broker network, bringing over $30 million in new mortgages to Appalachia annually. She oversaw the successful application and closing process that enabled Fahe—one of seven midsized CDFIs—to access the CDFI Bond Guarantee program, which resulted in $40 million in funding for Appalachia.

Morgan enriches Fahe’s impact through her considerable expertise in programs such as the Community Development Block Grant program, the HOME Investment Partnership Program, Sections 811 and 202, Rural Development grant and loan programs for housing and infrastructure, US Department of Treasury’s Section 42 LIHTC program, and CDFI programs. 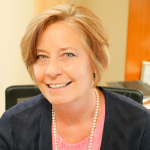 With over 20 years of experience in affordable housing, Pam oversees special projects and initiatives at Fahe. She has managed operations for a wide variety of organizations, from a small dentist’s office to an international manufacturing plant. She began in affordable housing as a consultant working with small cities, municipalities, and nonprofits to help them access federal and state grant resources. Pam has extensive experience in Community Development Block Grant programs, HOME Investment Partnership Program, Rural Development grant and loan programs for housing and Disaster Recovery.

Pam’s experience and leadership was instrumental during Fahe’s strategic transformation. Under her leadership, one of the first business lines developed as a centralized service was Fahe’s Loan Servicing, which has steadily grown since the first contract portfolio in 2005. Pam conducts outreach to members and non-member partners who could use Fahe services (i.e. NeighborWorks America members outside of Appalachia, and packagers and possible new intermediaries in our USDA 502 Demonstration Project).

During her time with Fahe, Pam has been responsible for many of the day-to-day operations including special projects, consulting services, membership relations, technical assistance, training, and human resources. She has served as Vice President on Fahe’s Board of Directors and providing much needed support and institutional knowledge around special initiatives such as the 502 Demonstration project. Most recently, her leadership has been key in the development of a Regional Elder Initiative, bringing together stakeholders to work toward providing appropriate, affordable options for Appalachian seniors in the areas of housing, healthcare, and services.

Pam has enhanced her education with college courses in accounting and law in addition to maintaining her certification as a Grant Administrator and Housing Counselor, and is also certified in Community Development Finance by the University of New Hampshire.

She also serves on the board of the Madison County Habitat for Humanity.